Welcome to the website of the Stourbridge and Halesowen CAMRA Branch 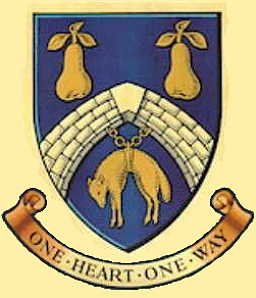 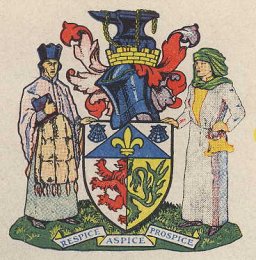 Here you can read the latest news from the branch area, check dates for future meetings, social events and find details of branch committee members.

We hold branch meetings each month in different pubs throughout the branch area. If a Stourbridge & Halesowen member you can view the minutes of previous meetings on our Member Page. All members are most welcome to come along to a branch meeting or join a social event.

Where can you find out what’s going on? On our branch Diary Page, the What’s On page of What’s Brewing or if a branch member join our mailing list by contacting Secretary Tony Morgan Email ku.gro.sgrom@nagromynot

We combine with Dudley & South Staffs branch to produce a quarterly magazine called Ales & Tales, which is distributed free to pubs in the area. If you have any news or articles to submit for future editions please email moc.liamtoh@700hplarhtebazile

The Campaign for the Revitalisation of Ale was formed by a group of beer lovers following a drinking trip to Ireland in 1971. It was not long before its somewhat unwieldy name was shortened to the Campaign for Real Ale, which soon came to be known simply as CAMRA. The fact that one of the founding fathers was a journalist on a national newspaper gave it the opportunity for publicity not available to existing groups championing traditional beer such as the Society for the Preservation of Beers from the Wood (SPBW).

Initial enthusiasm meant that membership numbers soon outstripped the shoebox used to maintain the early records with volunteers eager to form Branches within their local areas. One such Branch was the West Midlands, which covered Walsall, Pelsall, Dudley, Stourbridge, Halesowen, West Bromwich, Oldbury, Tipton and part of South Staffordshire covering Kinver, whose Branch Chairman was John Salter, a resident of Kinver credited with the creation of the Kinver Cocktail – initially a list of 7 pubs selling real ales from 5 different breweries. All too soon the ever-increasing membership numbers made such a large area unmanageable and it was thought prudent to split it into smaller more easily administered areas.

Phil Cracknell was the first Chairman of the fledgling branch and his wife was also on the initial committee, the first Hon. Treasurer was Roly Collins and the first Hon. Secretary, Colin Hacket. Colin has moved away and sadly the others have passed away. At the time of the formation of the Branch, the only two Stourbridge pubs listed in the first ever edition of the Good Beer Guide, published in 1974 were the Gigmill, South Road and the Royal Exchange, Enville Street and both are still in existence. In 1974, the relevant Act of Parliament creating the West Midlands out of Staffordshire, Warwickshire and Worcestershire had only just been enacted so Stourbridge, and also Dudley, were both listed under Worcestershire. The 1975 edition included the Royal Exchange and the Longlands in Stourbridge and the Waterloo in Wollaston. The 1976 edition included these pubs together with the Crown, Oldswinford, and the Loyal Lodge, Halesowen, the first Halesowen pub to appear in the Good Beer Guide. In those days it was a race to find pubs serving real ale before the myopic “Big Six” brewery companies ripped them out and replaced them with keg because, “That is what people want”. I would like to think that over the last 40 years we have been able to prove that statement to be the tosh we said it was at the time.

Real or keg, pubs then were a part of the local community and the loss of the heavy industries of the Black Country saw a swathe of pub closures which shows no sign of abating. One only has to look at the A491 between Stourbridge and Wordsley to see how many pubs have closed along this small stretch of road alone – the Jaguar, the Glasscutters, the Fish, the Little Pig, the Gladstone, the Old Dial, the Vine, the Royal Oak to name a few, the message is clear – pubs – use them or lose them.

On the brewery front, whilst many still pine for the much lamented Simpkiss, Bathams are very much still with us and have now been joined by a host of small breweries (some now not so small) and microbreweries all capable of producing award winning ales. From having no microbreweries at all only a few years ago, we now boast Angel, Beat, Craddocks, Print Works, Fixed Wheel and Green Duck with Enville and Kinver virtually on our doorstep so if the local pub scene is looking down, the local brewery scene is certainly looking up.

Many thanks to John Midwood, Tony Morgan and Stan Stephens.